These are my picks (complete with the reason for my choice) for the movies coming to
theaters in December, but feel free to check out all of December's releases by visiting
the Internet Movie Database's Coming Soon page. (And btw, if you happened to enjoy the links
to the director and cast members, I'm sorry, but for some reason that quit pasting over like it used to. This
is the last one anyway, so ¯\_(ツ)_/¯.)

Mary Queen Of Scots
Synopsis: Mary Stuart's attempt to overthrow her cousin Elizabeth I, Queen of
England, finds her condemned to years of imprisonment before facing execution.
Director: Josie RourkeStars: Saoirse Ronan, Margot Robbie, Jack Lowden, Joe Alwyn
Why? Meh. I can't say I'm enamored with this one; however, it's
intriguing because of Saoirse Ronan and Margot Robbie.

Spider-Man: Into The Spider-Verse
Synopsis: Spider-Man crosses parallel dimensions and teams up with the Spider-
Men of those dimensions to stop a threat to all reality.
Directors: Bob Persichetti | Peter Ramsey | Rodney RothmanStars: Hailee Steinfeld, Nicolas Cage, Mahershala Ali, Liev Schreiber
Why? I grew up watching Spider-Man cartoons, so this is like a dream
come true… one big Spider-Man cartoon with multiple Spider-Men. Plus,
Jake Johnson (from New Girl) as Peter Parker!

Once Upon A Deadpool (aka Deadpool 2 PG-13 version)
Synopsis: Once Upon A Deadpool will fill in the R-rated edits of Deadpool 2 with a
new frame narrative that rips off / pays homage to the fan-favorite film The
Princess Bride, where a much, much older Fred Savage reprises his role as a
bed-ridden child. However, Once Upon A Deadpool will replace Peter Falk’s kindly
grandfather with Deadpool as the storyteller instead.
Director: David LeitchStars: Ryan Reynolds, Josh Brolin, Morena Baccarin, Julian Dennison
Why? I mean, if you're going to release the exact same movie but as PG-
13 instead of R, this is the way to do it!

The Mule
Synopsis: A 90-year-old horticulturist and WWII veteran is caught transporting
$3 million worth of cocaine through Michigan for a Mexican drug cartel.
Director: Clint EastwoodStars: Clint Eastwood, Bradley Cooper, Michael Peña, Taissa Farmiga
Why? You had me at Clint Eastwood.

Mortal Engines
Synopsis: A mysterious young woman named Hester Shaw joins forces with Anna
Fang, a dangerous outlaw with a bounty on her head, and Tom Natsworthy, an
outcast from London, to lead a rebellion against a giant predator city on wheels.
Director: Christian RiversStars: Hugo Weaving, Hera Hilmar, Jihae, Robert Sheehan
Why? Cities on wheels? Sure, I'm curious.

Aquaman
Synopsis: Arthur Curry learns that he is the heir to the underwater kingdom of
Atlantis, and must step forward to lead his people and be a hero to the world.
Director: James WanStars: Jason Momoa, Amber Heard, Dolph Lundgren, Nicole Kidman
Why? I'm a DC Comics fanboy, so you don't have to twist my arm. And in
the capable hands of James Wan, this should be great!

Bumblebee
Synopsis: On the run in the year 1987, Bumblebee finds refuge in a junkyard in a
small Californian beach town. Charlie, on the cusp of turning 18 and trying to
find her place in the world, discovers Bumblebee, battle-scarred and broken.
Director: Travis KnightStars: Hailee Steinfeld, Justin Theroux, Angela Bassett, Pamela Adlon
Why? I was already down for this simply because it's Transformers, but
when they showed the G1 designs, such as Soundwave with cassettes
coming out of his chest, I got really stoked. Vice
Synopsis: VICE explores how a bureaucratic Washington insider quietly became
the most powerful man in the world as Vice-President to George W. Bush,
reshaping the country and the globe in ways still felt today.
Director: Adam McKayStars: Steve Carell, Christian Bale, Amy Adams, Jesse Plemons
Why? I don't usually care for political stories, but I was completely caught
off guard to realize that was Christian Bale under all that makeup. 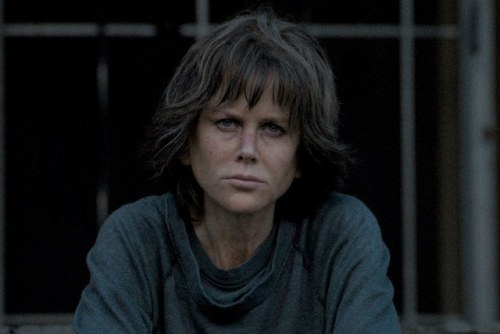 Destroyer
Synopsis: A police detective reconnects with people from an undercover
assignment in her distant past in order to make peace.
Director: Karyn KusamaStars: Nicole Kidman, Toby Kebbell, Tatiana Maslany, Sebastian Stan
Why? The hype says this is a pretty amazing performance from Nicole
Kidman. 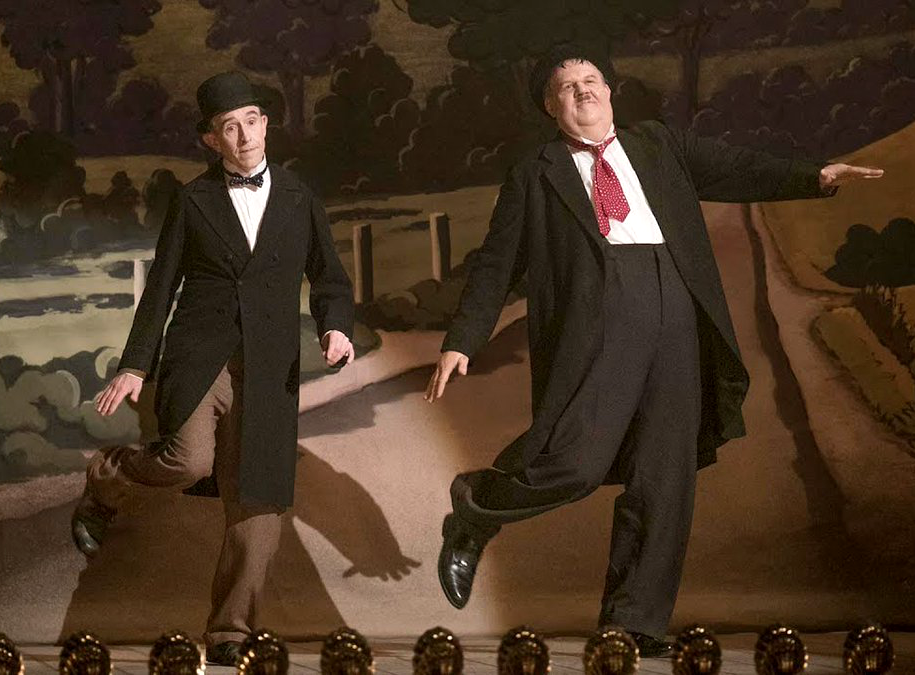 
Why? I really loved Laurel & Hardy as a kid. It will be interesting to get a
peek at their story.


~~~ Check out slakker9.com for movie trailers, posters, and other fun stuff!

And check out this service called Forekast. They send a weekly email announcing new TV premieres, movie releases, and other significant events.