These are my picks (complete with the reason for my choice) for the movies coming to
theaters in October, but feel free to check out all of October's releases by visiting the
Internet Movie Database's Coming Soon page.

Venom
Synopsis: When Eddie Brock acquires the powers of a symbiote, he will have to
release his alter-ego "Venom" to save his life.
Director: Ruben Fleischer
Stars: Tom Hardy, Michelle Williams, Woody Harrelson, Jenny Slate
Why? I was less than enthusiastic when this was originally teased, but
subsequent trailers have me pretty excited. I've always enjoyed Venom as
a character, and I'm curious to see how they pull off this story without the
Spider-man element.

A Star Is Born
Synopsis: A musician helps a young singer and actress find fame, even as age
and alcoholism send his own career into a downward spiral.
Director: Bradley Cooper
Stars: Lady Gaga, Bradley Cooper, Sam Elliott, Greg Grunberg
Why? I'll watch just about anything with Bradley Cooper in it.

Bad Times At The El Royale
Synopsis: Seven strangers, each with a secret to bury, meet at Lake Tahoe's El
Royale, a rundown hotel with a dark past. Over the course of one fateful night,
everyone will have a last shot at redemption - before everything goes to hell.
Director: Drew Goddard
Stars: Chris Hemsworth, Dakota Johnson, Jon Hamm, Jeff Bridges
Why? I'm very curious, and I like that the trailer hasn't revealed much.
Plus, this director has been connected with some previous work that I
really, really love.


The Oath
Synopsis: In a politically divided America, a man struggles to make it through
the Thanksgiving holiday without destroying his family.
Director: Ike Barinholtz
Stars: Billy Magnussen, Tiffany Haddish, Ike Barinholtz, John Cho
Why? Hmm… maybe? This could be a funny dark comedy.

Halloween
Synopsis: Laurie Strode comes to her final confrontation with Michael Myers, the
masked figure who has haunted her since she narrowly escaped his killing spree
on Halloween night four decades ago.
Director: David Gordon Green
Stars: Jamie Lee Curtis, Judy Greer, Andi Matichak, James Jude Courtney
Why? I'm going to see this because Halloween. That being said, why do
we have to keep screwing around with the timelines of sequels so much?
This movie not only ignores Rob Zombie's reboot but also every Halloween
sequel ever. Basically, Halloween 2018 follows the events of Halloween
1978, even ignoring Halloween II, which picked up a few minutes after the
first one. While it's ridiculous that this sequel has the same name as it's
predecessor, you couldn't exactly call it Halloween II since there's been 3
of those now, but that's basically what it is.

The Hate U Give
Synopsis: Starr witnesses the fatal shooting of her childhood best friend Khalil at
the hands of a police officer. Now, facing pressures from all sides of the
community, Starr must find her voice and stand up for what's right.
Director: George Tillman Jr.
Stars: Amandla Stenberg, Regina Hall, Russell Hornsby, Anthony Mackie
Why? I appreciate that this movie is telling a story that will probably hit
home for many people. 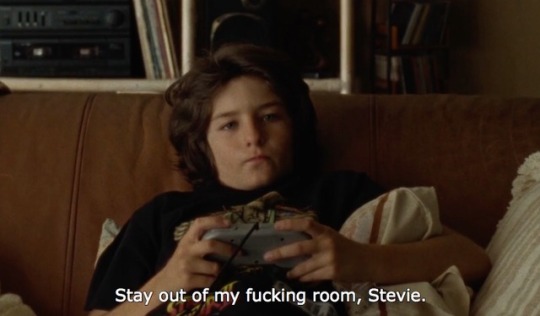 Mid90s
Synopsis: Follows Stevie, a thirteen-year-old in 90s-era LA who spends his
summer navigating between his troubled home life and a group of new friends
that he meets at a Motor Avenue skate shop.
Director: Jonah Hill
Stars: Sunny Suljic, Lucas Hedges, Na-kel Smith, Olan Prenatt
Why? I've never really been interested in skater culture, but there's a
rawness about this movie I find appealing


I don't have any suggestions for this week based on current listings, which is sad
since it's Halloween weekend.