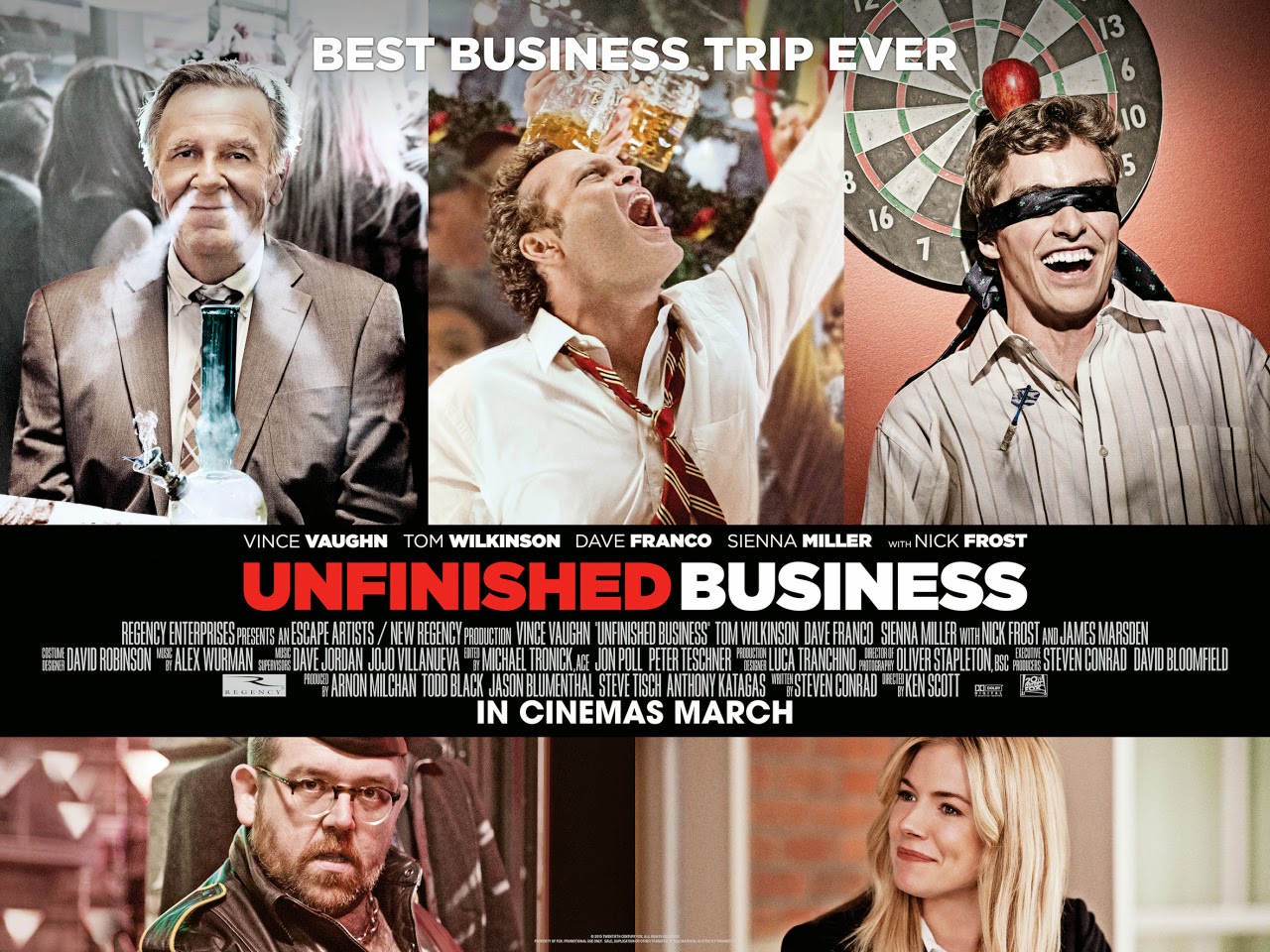 I thought I had missed my opportunity to see Unfinished Business, but thankfully it was back at the theater this weekend.  I made sure to go see it Friday night so that I wouldn't miss it again. I'm glad I did, because I was impressed. The movie had more layers than what was portrayed in the trailers.

Don't be mistaken. This is definitely an R-rated comedy, but there's more to it than that. On the surface, it's a story about some underdogs working hard to achieve their goals and getting into hijinks along the way. Below the surface, though, there's more going on.

Parts of the movie are narrated by Vince Vaughn's character's attempts to complete a homework assignment for his daughter. "Who's yer daddy" is the assignment, and it serves as a useful tool for the character's inner monologue.

Surprisingly, the movie also spends a good deal of time dealing with bullying, Vince Vaughn's character has a son with a weight problem, and the kids at school pick on him... but not just at school. At one point the characters are sitting around having a conversation about how back in their day kids could only harass them until 3pm. With Facebook and other social media, kids these days are unable to escape it because it follows them home.

For a movie that was portrayed as a having a lot of funny moments, there were just as many quiet moments with life lessons that we could all benefit from.