Damon Lindelof guest starred as the guy that 'Thirteen' kicked in the groin. You may not recognize him as an actor, but he was the co-creator, executive producer, and writer for LOST.

Brendan Hines guest starred as 'Alex Conrad,' Castle's writing protégé. Recently, he's been playing the role of 'Eli Loker' on Lie To Me, but before that he played the role of 'Andy Goode' on Terminator: The Sarah Connor Chronicles. 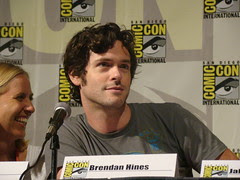 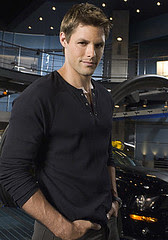 Yuri Lowenthal guest starred as 'Jake Ellison,' the father that was murdered at the same time as the 5th babysitter. Yuri primarily does voice acting, and he's been performing the voice of 'Ben Tennyson' for the last two series, Ben 10: Alien Force and Ben 10: Ultimate Alien.

Remember, if you're watching Criminal Minds tonight keep your eyes peeled for me about two thirds of the way through. #boomless than a minute ago via Twitter for iPhone 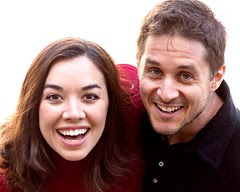