Do You Recognize?… the cast of Breaking In

Breaking In debuted on FOX this week, and I really enjoyed it.  I hope this show sticks around for awhile. It'd be nice to see a Christian Slater show last longer than one season.  Here are some details on the noteworthy cast.

Christian Slater (playing 'Oz') – Recently, he played 'Henry Spivey / Edward Albright' in My Own Worst Enemy and 'Alex Donovan' on The Forgotten. 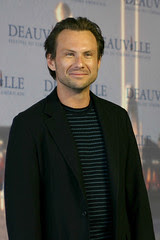 Bret Harrison (playing 'Cameron Price') -  Recently, you may have seen him on V as 'Dr. Sidney Miller,' but before that, Reaper fans will recognize him as 'Sam Oliver.' Odette Annable (playing 'Melanie Green') – You may know her better as Odette Yustman. She's been in the movies Cloverfield and The Unborn.  She was also featured in the video for Weezer's "(If You're Wondering If I Want You To) I Want You To" [click here or watch below]. 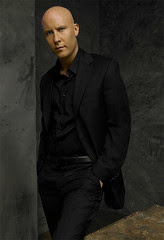 Trevor Moore (playing 'Josh') – He's one half of the friend duo in Miss March.

Alphonso McAuley (playing 'Cash') – I'm not really familiar with his previous work, but I'm enjoying his character on this show.

Email ThisBlogThis!Share to TwitterShare to FacebookShare to Pinterest
Labels: Breaking In, tv