Sarah Wayne Callies guest starred as 'Julia,' the wife in the open marriage.  Prison Break fans will recognize her as 'Sara Tancredi.' 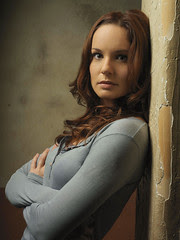 Supernatural - "The Devil You Know"

Eric Johnson guest starred as 'Brady,' the executive of the pharmaceutical company and Pestilence's right-hand man/demon.  Smallville fans will remember him as 'Whitney Fordman,' Lana's boyfriend from season one.  He also played 'Flash Gordon' on the short-lived Syfy TV series of the same name. 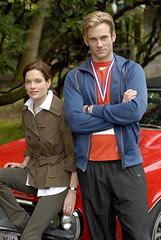