Amy Acker guest starred as 'Katherine Walters,' the girl that 'Chance' was hired to kill and then decided to protect.  Dollhouse fans will recognize her as 'Dr. Claire Saunders,' and Angel fans will recognize her from her roles as 'Fred' and then 'Illyria.'  Starting April 28th, you will be able to catch her on the new series Happy Town as 'Rachel Conroy.'

Bones - "The Death Of The Queen Bee"

Robert Englund guest starred as 'Ray Buxley,' the high school custodian.  Everyone should recognize him as the original 'Freddy Krueger.'  Recently, he starred in FearNet's Fear Clinic series as 'Dr. Andover.' 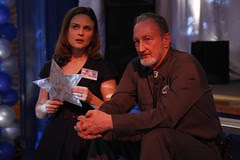 The Vampire Diaries - "Under Control" 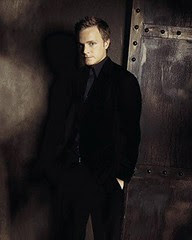