Moon Bloodgood guest starred as 'Jessica Shaw,' the doctor that was on the run.  You may recognize her as 'Blair Williams' from Terminator Salvation. 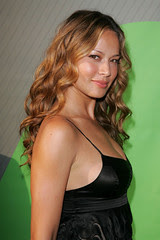 Bones - "The Bones on the Blue Line"

Clea DuVall guest starred as 'Officer McKenna Grant' with the transit police.  Heroes fans will recognize her as 'FBI Agent Audrey Hanson,' who partnered up with 'Matt Parkman' for a time. She also guest starred on an episode of Buffy The Vampire Slayer as 'Marcie Ross,' a girl who became invisible.