Jodi Lyn O'Keefe guest starred as 'Ava,' the wife of a con man that 'Sawyer' as "Jim" busted at the beginning of the episode.  Prison Break fans will recognize her as 'Gretchen.' 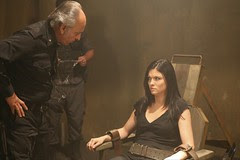 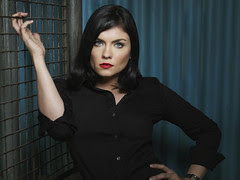 Samantha Ferris guest starred as 'Deputy Director Lynch.'  Supernatural fans will recognize her as 'Ellen' who used to run the saloon where the hunters hung out.

Lennie James guest starred as 'Baptiste,' the assassin.  He recently guest starred on Lie To Me as an old friend of Cal's, but he may be more recognizable as 'Sol' from the movie Snatch. 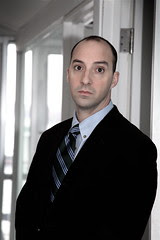