Ray Wise guest starred as 'Bobby Fox,' the agent for the baseball player that was murdered. Reaper fans will recognize him as 'The Devil.' He also guest starred on Dollhouse as 'Stewart Lipman.' 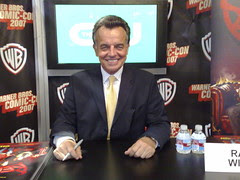