Heroes - "Once Upon A Time In Texas"

Anne Ramsay guest starred as 'Bree Busch,' one of the producers for the victim. Dexter fans will recognize her from last season as 'Ellen Wolf,' the defense attorney that was murdered by 'Miguel Prado.'

Callum Keith Rennie guest starred as 'Jeff Slingerland' the Raynaud for a Blue Hand club that the FBI unit infiltrated. Previously he starred on Harper's Island as 'John Wakefield,' the major bad guy. Californication fans will also recognize him as 'Lew Ashby' from season two. Genevieve Cortese guest starred (finally not as just a flashback) as 'Tracy,' Aaron's daughter. Supernatural fans will recognize her as 'Ruby' from last season.

Bianca Lawson guest starred (albeit so briefly if you didn't see her name in the opening credits, you probably missed her) as 'Emily Bennett,' the girl in Bonnie's dream. Apparently, she'll be featured more prominently in next week's episode.  Fans of Buffy The Vampire Slayer will remember her all-too-brief stint as 'Kendra' the vampire slayer from season two. She also played 'Nikki Green' on Dawson's Creek. 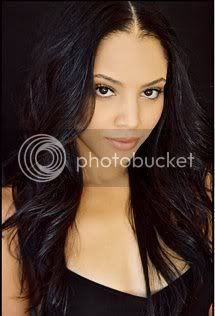