Californication - "Wish You Were Here"

On the season premiere, we were introduced to one of the recurring guest stars for this season, Embeth Davidtz in the role of 'Felicia Koons,' the wife of the Dean played by Peter Gallagher (pretty famous in his own right). Army Of Darkness fans may recognize her since she played 'Sheila.'

Erika Christensen (@ERIKAjaneC) guest starred as 'Tricia/Jessie/RJ/Sophie.' You may recognize her from the movies Traffic and Swimfan, and she's also voiced some characters on a few episodes of Robot Chicken (@CyborgTurkey).

Kerr Smith guest starred as 'Patrick Dent,' the fiancée of 'Alison James' the Jane Doe. Dawson's Creek fans will remember him as 'Jack McPhee.' Recently, he starred in the movie My Bloody Valentine 3D as 'Axel Palmer.' Sean Patrick Flanery guest starred as 'Darrin Call,' the troubled guy that they chased all episode. Yes, believe it or not, that's the same actor that's also 'Connor McManus' from the awesome movie The Boondock Saints and the upcoming The Boondock Saints II: All Saints Day. 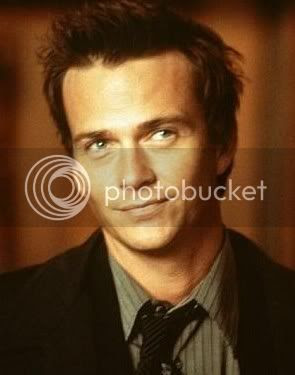 As if The Boondock Saints video wasn't enough… just wanted to remind you (as I also mentioned in my Sunday post) that this is it for me until I come back from vacation in a few weeks. Peace out!