Kevin Corrigan guest starred as 'Mike Zlozowski,' Hank's best friend. He recently guest starred on Mercy as 'Gerald,' the homeless veteran that 'Veronica' tried to help, and he's been guest starring on Fringe as 'Sam Weiss.' 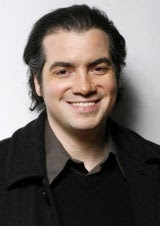 Stephen Root guest starred as 'Ricardo "call me Dickie" Collini,' the husband of 'Sue,' Charlie's boss. He recently played the role of the vampire 'Eddie' in season one of True Blood, but he's probably most famous for his role as 'Milton' in Office Space. 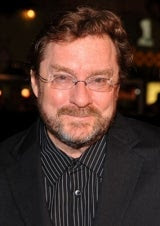 Lie To Me - "Grievous Bodily Harm"

Lennie James guest starred as Cal's old friend 'Terry Marsh.' If you're a fan of Guy Ritchie's movies, then you'll recognize Lennie as 'Sol' from Snatch.

Ashley Jones guest starred as 'Camille,' the woman that 'Simon' hooked up with on the train. True Blood fans will recognize her as 'Daphne' from this past season.

Emilie Ullerup guest starred as 'Catherine Grant,' Clark's first date for the episode. (If you're a fan of the Superman comics, then you know that Cat Grant is is a well-known character.) If you watch Sanctuary on Syfy, then you may recognize Emilie because she played the role of 'Ashley Magnus.'

Chris Gauthier guest starred as 'Walter,' the guy with the super powers. If you've been watching Smallville, then you recognize him as 'Winslow Schott aka Toyman.' He also starred on Harper's Island as 'Malcolm Ross.' 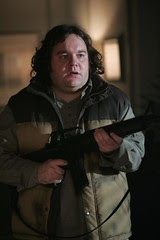