Dean Norris guest starred as 'Leon,' the guy posing as the limo driver that tried to kidnap Sookie for the Fellowship of the Sun.  He guest starred on LOST last season as 'Howard Gray,' a grieving father that was seeking closure from Miles regarding his dead son. He also guest starred on the final season of Terminator: The Sarah Connor Chronicles as 'Mr. Nelson,' the plant manager of the Seranno Point nuclear power plant.

Hung - "Great Sausage or Can I Call You Dick?"

Rebecca Creskoff guest starred as 'Lenore,' Ray's first customer.  You might recognize her from an episode on the last season of Terminator: The Sarah Connor Chronicles, where she played 'Anne Fields.' Anne was pregnant in the episode, and Derek Reese helped her deliver the baby, who in the future was the key to saving the lives of many resistance fighters.

Tricia Helfer guest starred as 'Agent Bonnie Belski.' She recently guest starred on Chuck as 'Agent Alex Forrest,' and she does the voice of 'Boodikka' in Green Lantern: First Flight, which comes out on DVD Tuesday, July 28th. 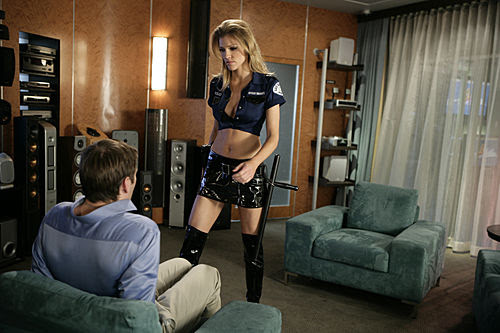 Lindy Booth guest starred as 'Stephanie,' the daughter of musician 'Eric Marsden.' You might recognize her from the movies Wrong Turn (she dies horribly with a mouthful of barbwire) and Zack Snyder's Dawn Of The Dead (she's the daughter whose dad gets bit on the hand. She actually survives til the end of this one, at least until the credits roll and they reach the island). Additionally, she was 'Beth Chapman' in Nobel Son, the student that was having the affair with the professor. She also played the role of 'Liv' for a few episodes on The 4400, where she was a homeless person. 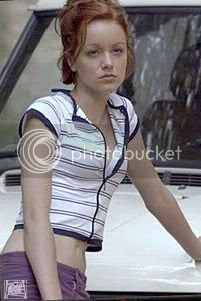 Allison Scagliotti guest starred as 'Heather Masters,' the girl with the sexual identity crisis. If you're a Warehouse 13 fan, keep an eye out for her because she's going to be added to the cast as 'Claudia Donovan' later this season. 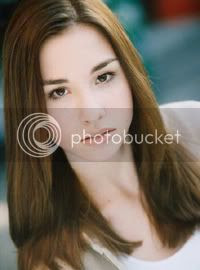 Mike Dopud guest starred as 'Gary Masters,' Heather's father. I only mention him because I laughed when I noticed this on his IMDb page. Apparently, he had a recurring role on Smallville last season as 'Security Guard George.' Does anyone remember any of the security guards? LOL