Highlights: A clip from Office Space and a great interview from Late Night w/Jimmy Fallon with Leonard Nimoy & Zachary Quinto!

Judy Reyes guest starred as 'Theresa Candela' the mother of the kidnapped child.  You should know her well as 'Carla' from [scrubs].

Bailey Chase guest starred as FBI Agent 'Will Sorenson,' Beckett's ex-boyfriend.  When I originally looked him up, I was probably thinking of someone else, but it turns out he's somewhat significant for playing 'Graham Miller' on 13 episodes of Buffy the Vampire Slayer during season 5. He was in the initiative with 'Riley.' 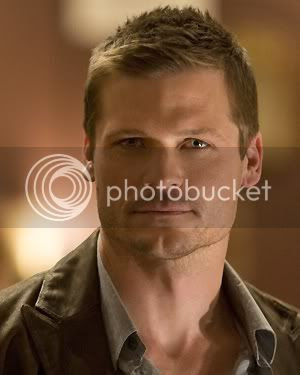 Richard Riehle guest starred as 'Bob,' one of the over-55 guys that Ted was trying to get in good with. If you'll remember, he was the "jump to conclusions" guy from Office Space. I was able to find the scene on YouTube – click here or watch below.

Fringe - "The Road Not Taken"

Clint Howard guest starred as 'Emmanuel Grayson,' the owner of a conspiracy website. He was just on Heroes a few weeks ago as 'Tom Miller' exhibiting the power to break glass.

Clea Duvall guest starred as 'Michelle Russell' the nursing student rape victim. She's pretty recognizable since she's been in so many things, including an episode of Buffy in 1997, but not too long ago she was FBI agent 'Audrey Hanson' in season one of Heroes. 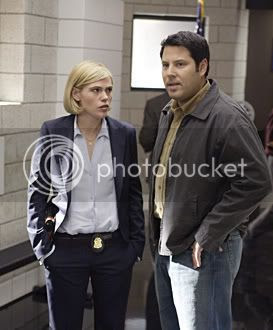 If I had thought about it earlier, I would have added it to my Star Trek blog post, but since I didn't, here's the video of new Spock (Zachary Quinto) and Spock Prime (Leonard Nimoy) from Friday's LNwJF. (click here or watch below)