Although she's been on the show previously in the role of 'Amber' it was nice to have Anne Dudek back, this time in the role of House's subconscious.

Michael Dorn guest starred as the president. Of all of the work he's done, he's probably most famous for his role as 'Lieutenant Worf' on Star Trek: The Next Generation.

Lie To Me - "Undercover"

D.B. Woodside guest starred as 'Henry Strong.' Buffy the Vampire Slayer fans will remember him as 'Principal Robin Wood' from season 7. His character was significant because Spike killed his mom, who was a slayer, and then wore her jacket.

Alan Tudyk guest starred as 'Alpha' posing as 'Stephen Kepler' designer of the Dollhouse. Alan is a Whedon alumni since starred in the all too short-lived series Firefly as 'Wash,' which evolved into the movie Serenity. You may also remember him from Dodgeball: A True Underdog Story as 'Steve the Pirate.' 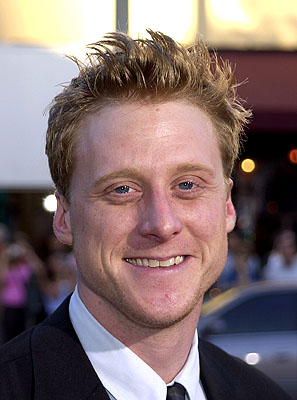