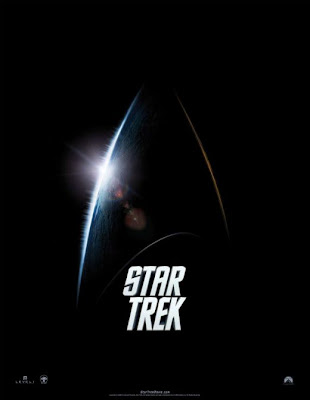 Last night, I saw Star Trek, and I really enjoyed it. Now, I'm not a trekkie by any stretch of the imagination. I don't know if I've ever seen an entire episode of the original series. I used to watch Star Trek:The Next Generation when I came home from school, but that was before I was a fanatic like I am now and watched shows religiously. I haven't seen any episodes of Enterprise or Voyager, but I may have seen a few episodes of Deep Space 9.

So for me, not being a die-hard fan, this movie reached me where I live. It had all of the elements of the Star Trek mythos that those of us living on the fringe (no pun intended) of trekkie-dom could recognize. You know, those things that have escaped Star Trek and seeped into pop culture. Phrases like, "I'm giving her all she's got, captain." Or, "Dammit Jim, I'm a doctor not a _____!" Oh, and if you're not familiar with the term "red shirt" you should be.

As much as I enjoyed this movie, I don't really have much to say about it. I thought the cast did a great job. I thought that Sylar was excellent as Spock. This was just another win for JJ.

If you're looking for a more in-depth review, I recommend this one from Joe Loves Crappy Movies. Two quick FYIs, there isn't anything after the credits, and if you listen closely you can recognize Greg Grunberg yelling at young Kirk on the phone after he steals his car. 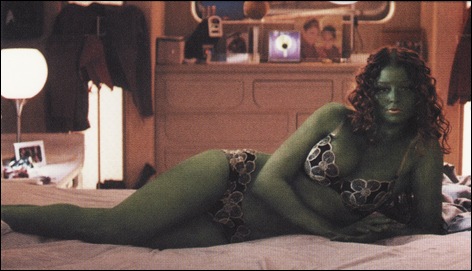 Click the hot green chick above for additional pictures from the movie.