I finally caught Fast & Furious this afternoon.  I enjoyed it. I mean, I'm not expecting it to win an academy award or anything, but it delivered what I expected. I'm not going to spoil anything for you here, but that's not a big deal anyway. I mean, the story wasn't the driving force behind this movie anyway, was it? In my opinion, this movie was all about fast cars, hot women, and cool guys.

The tagline for the movie was "New Model, Original Parts." That's the main thing that got me back to the theater to see this movie. I really enjoyed the first one, and I even checked out the second one. I completely skipped the third one, though. So you've got Paul Walker, Vin Diesel, Michelle Rodriguez, and Jordana Brewster. I'd say that Paul Walker kinda needed this movie. He's been off the radar for awhile, except for Into the Blue, which the best thing it had going for it was Jessica Alba.  For the rest of the cast, this was probably just fun. Vin seems to have quite a bit going on. Michelle was just on LOST not too long ago playing 'Ana Lucia.' And Jordana has been guest starring as 'Jill' on Chuck. 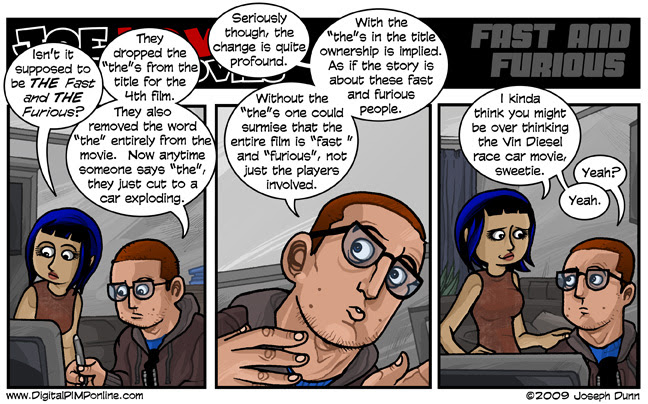