Here is the link for your Weekly Ads for Easter Sunday.

The season finales of Life and Terminator: The Sarah Connor Chronicles were excellent! I hope both are back next season. Life definitely ended with less of a cliffhanger, though. I also enjoyed the new shows that I tried, so they're staying on my schedule. 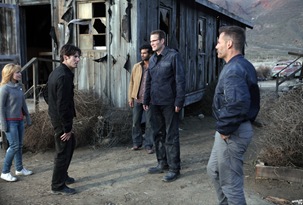 This weekend, Crank 2: High Voltage – Is it really necessary for me to say more than "Jason Statham is in this movie"? Ok, what if I tell you that Amy Smart is also back, does that give you a little extra incentive (not that you should have needed it)? For the full list of this week's theatrical releases, click here.