This week, we are sponsored by Skittles. Check it out.

Here is the link for your Weekly Ads. 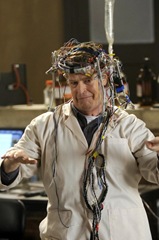 Here is this week's list of new comics, including Batman: Battle for the Cowl #2, Green Lantern #39 (introducing the Orange Lanterns), Superman: World of New Krypton #2, and Titans #12 (kicking off the "Deathtrap" storyline).

To see the trailer for Lesbian Vampire Killers click here.