Lindsey McKeon guest starred as 'Franni' the patient's wife.  She previously guest starred on Supernatural as 'Tessa the Reaper' a month ago and back in 2006 during season 2.

Chuck - "Chuck Versus the First Kill"

Ken Davitian guest starred as 'Uncle Bernie.' He became very popular a few years ago when he starred as 'Azamat Bagatov' in the movie Borat.

Bill Lawrence guest starred as 'Van' the justice of the peace.  I thought it was pretty neat that he chose to guest star in the episode. Not only was he the director of the episode, but he's the creator of [scrubs] and the husband of Christa Miller who plays 'Jordan' on the show.

Bones - "The Cinderella In The Cardboard" (Wednesday's episode) 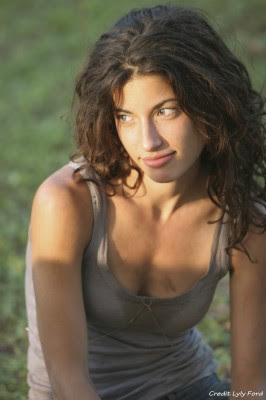