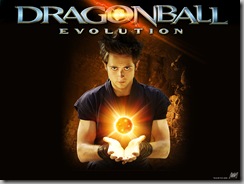 About 9 or 10 years ago, I got my first apartment over in riverside.  After getting cable hooked up, which I hadn't had for awhile, I'm flipping channels one afternoon looking for something to watch. I make my way to Cartoon Network in the middle of an animated scene where a guy in a blue and orange outfit is fighting for his life against some kind of white and purple alien. I find myself totally captivated as I sit back to watch the rest of the episode. Getting the sense that the fight isn't even near half-way over, the narrator interrupts with "next time on DragonBall Z…" After that, I became addicted.  I wasn't that familiar with anime, and I had definitely never heard of DragonBall or DragonBall Z before. I had never seen any cartoon so violent in all my life. I absolutely loved it.

This was back when Cartoon Network still had Toonami in the afternoons, Adult Swim hadn't been heard of yet, and DBZ DVDs were $25 for 3 episodes. (Now, you can buy an entire season for $40. If only I could have waited 10 years, Suncoast in the Orange Park mall would have much less of my money.)

Back when I was trying to get my hands on everything related to DragonBall, I came across the live action movie DragonBall: The Magic Begins. How embarrassing! Fortunately, it's been so long since I've seen it that I've forgotten it. Hopefully, I've misplaced the DVD somewhere. It was atrocious.  Thankfully, this live-action version wasn't disappointing like the first.  Anyone who has watched DragonBall and DragonBall Z, though, knows that most fights take 500 episodes to be resolved, so it's really difficult to do the story justice in 85 minutes. 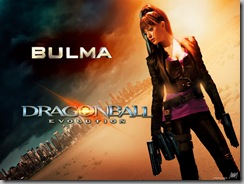 I've watched much more of DragonBall Z than I have of DragonBall but based on what I recall, it seems like they stayed true to a good bit of the details. Grandpa Gohan raises Goku. Goku and Chi Chi are attracted to one another. Bulma Briefs is associated with the Capsule Corporation and finds herself attracted to Yamcha.  Bulma only has a token strand of blue hair though instead of the full-blown blue head of hair you see in the anime. I think it makes sense though. Although this is a PG-rated movie, they still portray Roshi as a dirty old man a little by having him grab Bulma's ass a few times, which I'm sure was fun for Yun-Fat Chow. (Maybe it was fun for Emmy Rossum too, who knows.)

I would definitely like to have seen more fight out of Piccolo (played by James Marsters) and Goku. Again, though, I just think you can't get enough traditional DragonBall fighting out of 85 minutes (which is where the series own animated features also sometimes fall short).

The one major plot point that was changed for the movie was that Oozaru, Goku's "were-monkey" form, was Piccolo's companion.  This seems more like a mixture of the Frieza plot-line from DBZ since he had Saiyan soldiers. It was also different that Goku was only supposed to transform into Oozaru at the solar eclipse, or what they called the "blood moon," instead of simply the light of a full moon as in the anime.  This seems to mix in the plot line slightly from DragonBall GT when Goku used the light of a full earth Earth (similar to a full moon he was off-planet) to change into a golden Oozaru and then Super Saiyan 4. He didn't exactly go SS4 in this movie; however, he did do a similar move by channeling Oozaru while in human form to increase his power.

Do I even need to mention that the Oozaru form in DragonBall: Evolution is weak compared to the the Oozaru form of the anime? In the anime, the Oozaru form was as big as a building. In this movie, it's just maybe a 7-foot tall monster. Keeping the Oozaru form small, though, allowed them to not rip Goku's clothes when he transformed. (Oh, and his belt was magically tied when he changed back too. How'd that happen?)

One last point I'll make is that it seemed to me like the final battle between Piccolo and Goku more closely resembled the first fight between Goku and Vegeta in DBZ.

In closing, I leave you with this.