Did you spot the actress from Watchmen that guest starred on Smallville this past Thursday? I did. 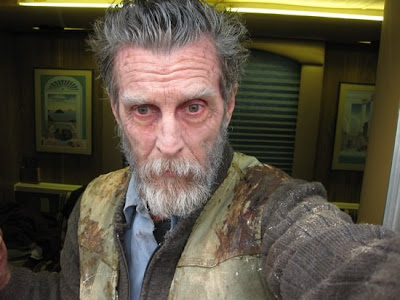 Castle - "Flowers For Your Grave"

Dan Castellaneta guest starred as 'Judge Markway.' His face may not be that familiar, but his voice is because he's usually Homer Simpson.

Mahershalalhashbaz Ali guest starred as 'Detective Don Hughes.'  He used to appear star on The 4400 as 'Richard Tyler,' and he recently appeared in The Curious Case of Benjamin Button as 'Tizzy.'

Valarie Rae Miller, who guest starred as 'Erin Cordet,' was previously seen as 'Josie,' Sock's ex-girlfriend, on season 1 of Reaper.

James Remar guest starred as 'Tom Benton.' He regularly plays the role of 'Harry Morgan' on Dexter and recently played a small role in The Unborn.

Laura Mennell guest stars as 'Nurse Toni' who catches Davis in the hospital medicine closet.  If she looks familiar, it's because you recently saw Watchmen, where she played the role of 'Janey Slater.'

Christopher Heyerdahl guest starred as the demon 'Alastair.' He's also appeared on SciFi's Sanctuary as 'John Druitt/Jack the Ripper' and in season 7 of Smallville as Supergirl's father 'Zor-El.'