Well, I borrowed some kids this afternoon and went to see Monsters Vs. Aliens. We all really enjoyed it.  I found myself laughing quite a bit.  It was just as funny as the previews portrayed it, so there was definitely no disappointment.  The 3-D was nice too, and they didn't overdo the standard 3-D gimmicks.

Given how Hugh Laurie is on House, it was really funny to hear him in a comedic role and British as 'Dr. Cockroach.' Of course, Seth Rogen was hilarious as 'B.O.B.,' but I think if he had had more screen time, Stephen Colbert would probably have stolen the show because he was really funny as the 'President.' 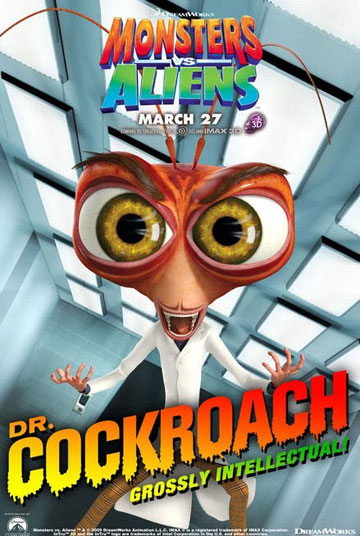 The big surprise, though, was to find out that it was Rainn Wilson (aka 'Dwight' from The Office) doing the voice of 'Gallaxhar.' I knew he was in the movie, but I couldn't tell that it was him at all. Until I saw the credits roll at the end, I wouldn't have guessed that was his voice behind the menacing alien. 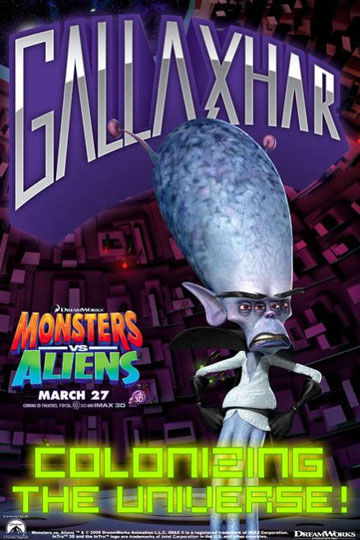 Get all 4 posters here.