The other day I noticed some articles pop up where it seemed like Tony Daniel might have accidentally let the "bat out of the bag" as to who the new Batman would be at the end of the current Battle For The Cowl miniseries.  Within the comments of the post, you can find a message from Tony where he talks about how he was simply posting one of many designs for the various possible candidates, which everyone took his notes on the side to be spoilers. You can see the image yourself below, which is the same thing that's on the Robot6 page from the link above.

Now what's funny to me is that no one picked up on the potential spoilers from a few weeks ago as to who the new Robin might be.  Here's the Frank Quitely cover to Batman & Robin. 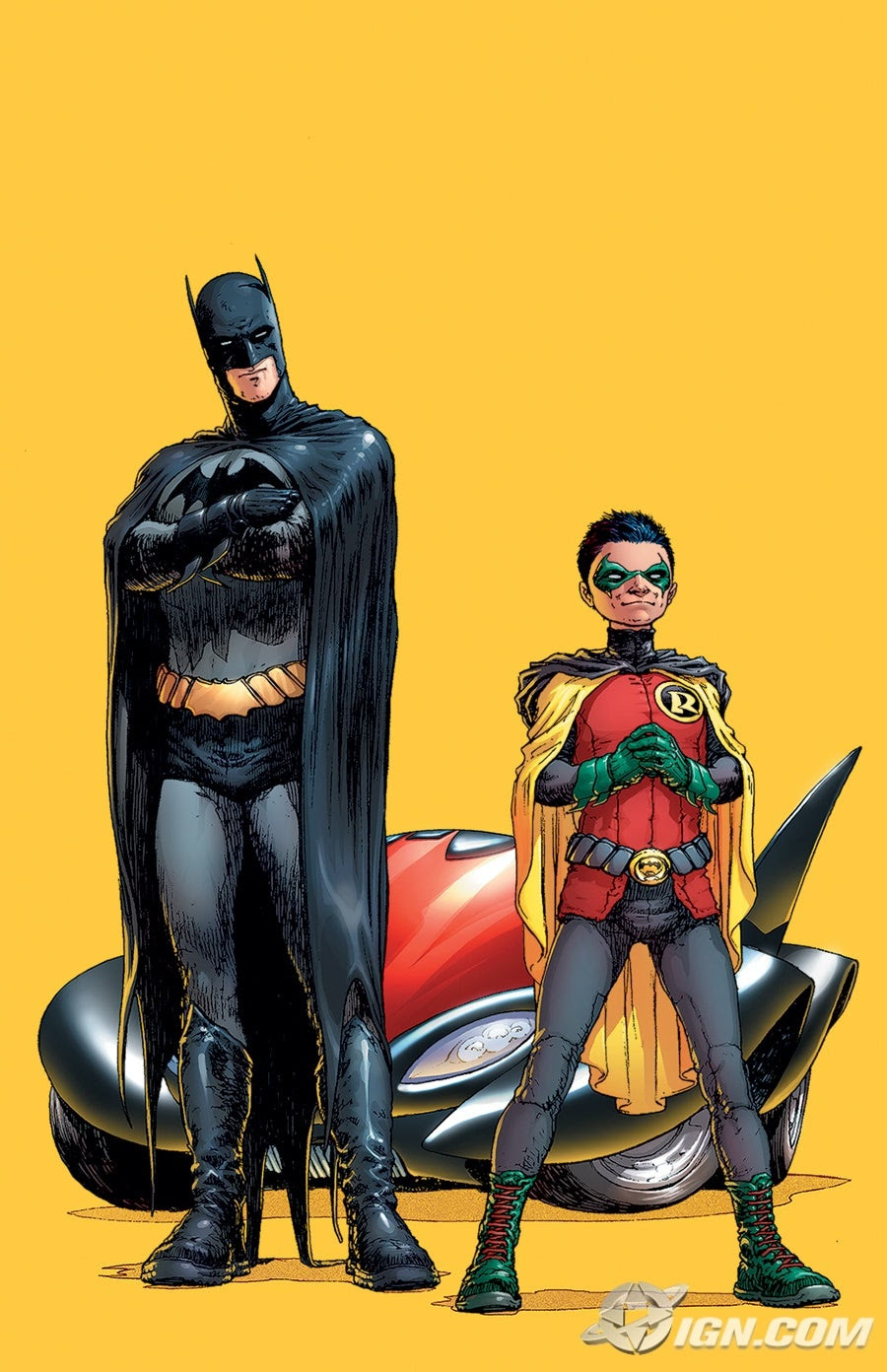 You can't really tell much from the cover art featured on the IGN page. It's the interior art on the Newsarama site that really gives it away.

Could that really be Benjamin Button's wrinkled face behind Robin's domino mask?

Well, until they can find a better artist like Norm Breyfogle, I'm hoping that the story will just be so compelling that I won't be too bothered by the old, wrinkly boy riding around with Batman in the Jetsons-version of the Batmobile.