The new Dope CD "No Regrets" drops on March 10th. 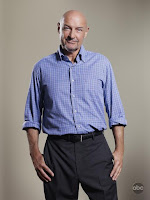 Here is Eliza Dushku's Hulu ad, which you must check out!

This Friday, you can catch Michael Clarke Duncan and Kristin Kreuk (aka 'Lana Lang' from Smallville) in Street Fighter: The Legend of Chun-Li. Click here for a sneak peak. For the full list of this week's theatrical releases, click here.