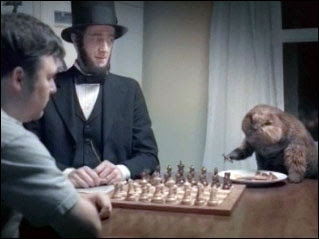 Here are your Weekly Ads for Presidents' Day week.

I don't have any picks this week, but Fired Up does have the kid that played 'West' in season 2 of Heroes and the chick that was in Disturbia. My recommendation is to catch a movie from a previous week that you may not have had a chance to see yet. For the full list of this week's theatrical releases, click here.