After being out late last night, I woke up too early this morning, so I’m very tired as I’m writing this.  I had a blast at the concert last night, though.  Or, I should say that “we” had a blast since I went with my brother and sister-in-law.  This was my first time seeing Skindred in concert, second time seeing Sevendust, and third time seeing Disturbed.

We got to the Morocco Shrine part of the way thru Skindred’s set, which was fine with us. We did get to hear their song “Nobody,” which is the one song we really knew by them, so that’s all that mattered. 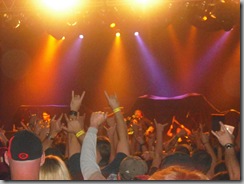 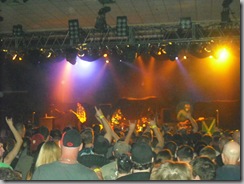 After the break, Sevendust rocked the house, and they did an awesome job. The last time I saw them was last year at the Freebird, so it was nice to see them in a larger venue this time. 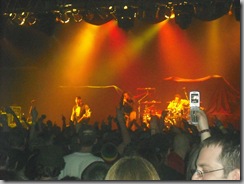 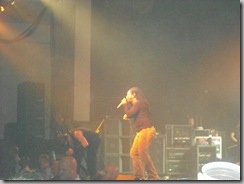 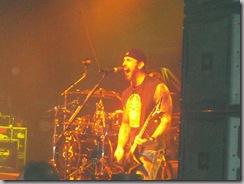 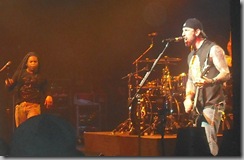 During the Sevendust set, we worked our way fairly close to the stage on the right side.  During the break, we tried to get a little closer before Disturbed came on, but that didn’t exactly work out like we wanted. It was still closer than I was when I saw them in July at Mayhemfest, so I was grateful for that. David came out in his straight jacket again, starting off the set with “Perfect Insanity.” 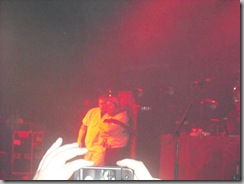 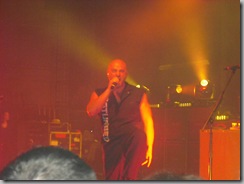 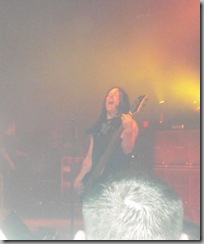 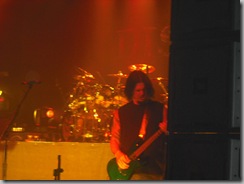 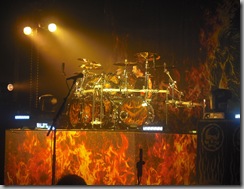 My sister-in-law was fortunate enough to catch a sweat towel from the guitarist, so we hung around afterwards and took some pictures hoping to get an autograph. Luckily, we finally got some good information about where we needed to wait, and David came out to sign some autographs and take some pictures. 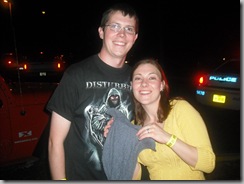 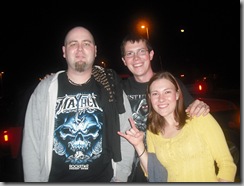 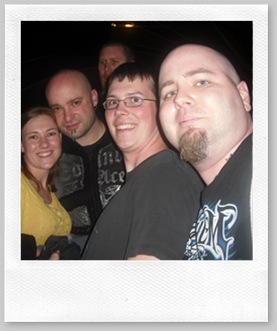